This poem was prompted by Robert Peake’s prompt generator.

Include as many of the following words (or variations on these words) as you can: flaws, spear, guts, earlier, styrofoam, blouse, shimmer, insurance, nous, parrots

Also: Include an unusual taste 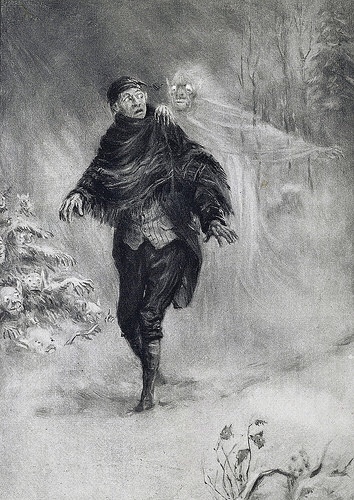 Crawling on its guts with its long black blouse

Absorbed in the shimmer that no eyes can see

Dangling from the ceiling of the rotten jailhouse

This poem is about a prisoner who killed himself in his cell. Death was the only way he could bring peace (like afternoon tea). However, suicide brings in more death, so the reaper collects him and imprisons him for his misdeeds.

P.S. I am not shaming anyone who has committed suicide or anyone who has done self-harm. Suicide does stop a person from feeling, but the sadness doesn’t disappear. It spreads. The best way to get rid of the sickness is to get medical help from an expert.