When I was a kid, I had one of those friends who just accepted me for what I was. I called him Tan-Tan, as we all did, since we were like 6 or 7-years-old. He was an all-around good guy and smart to boot. We first met through our parents, I don’t exactly know when, but we pretty much kicked it off straight away. We would have sleepovers at his place, and we would play the heck out of Crash Bandicoot. That game was the last game we played together.

I met him years after at a reunion. I had gotten fat, and he had gotten a lot whiter. He apparently had some sort of rare blood disease, but it wasn’t so apparent then. We talked about how we did and what we did since we saw each other. I took up football; he took up archery. I went to musical theatre during summer; he went to science camp during summer. I had turned out to be a delinquent (I never told him that though), he had turned out to be gifted.

A couple of years more, we met up again. I don’t remember much, but I do remember my mother being disappointed at me. “They keep telling me how well Tan-Tan is doing! He has all these awards from school and competitions! AND ALL I COULD TELL THEM WAS THAT YOU COULD ACT!” Then she would hit me while we drove home, and my father would do nothing but keep his hands at two and ten.

A few more years passed, and I heard that he got into the Ateneo School of Medicine and Public Health, one of the country’s top medical schools. He wanted to be a doctor and help those who had the same disease that he had. It’s a noble pursuit and one that I could never top, even until now.

One or two years passed after I heard he got into med school, he was admitted in a hospital. His body was weakening. END_OF_DOCUMENT_TOKEN_TO_BE_REPLACED 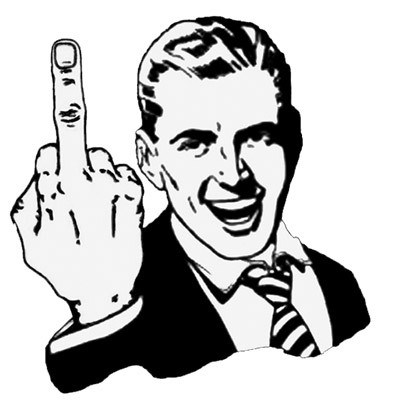 I don’t think I ever talked about this on my blog, but I did get someone expelled from DLSU (or at least I think I did). So what happened? You ask. Of course you’d ask, everyone does. To protect myself from danger, I’ll make the nouns, pronouns and proper nouns as vague as possible hahaha!

My professor said to group ourselves for a project. I got two of my friends in plus four more people who I just got to acquaint myself at that time; one of them was the guy that got expelled.

So what do college students first do when a group has been established? Make a Facebook group, of course. We made sure that everyone was connected and in check. We could see each one of our progress.

We put that guy–let’s just call him Mr. Ass–in the last group. We heard that Mr. Ass was extremely lazy. I know this to be true because my friend was a group mate with Mr. Ass in another class. Anyway, we put Mr. Ass as the editor’s ASSistant (see what I there?) because it was the most chillaxing job. END_OF_DOCUMENT_TOKEN_TO_BE_REPLACED

Not many or even none of you know that my father is an extremely intelligent person. He was the top if his batch from the primary to secondary school. He got honors in every subject; there wasn’t an academic event that he didn’t win a position in. He was the valedictorian in his school, which also means he gave the graduation speech etc.

My father, however, is nothing compared to my grandfather, or so I’ve been told. END_OF_DOCUMENT_TOKEN_TO_BE_REPLACED