This essay is inspired by The Learning Network’s prompt Do Other People Care Too Much About Your Post-High School Plans? and the Opinion piece by Elisabeth Egan titled Stop Asking About My Kid’s College Plans.

I’m pretty sure I posted about my homeschool on my blog some years back, but just in case no one can find that post (I certainly can’t), I’ll talk about it again.

Egan talks about her and her daughter’s stress from graduating high school and going to college. One major difference between Egan’s experience and mine is that kids in America are pushed to leave home after high school. The major problem as Egan explains:

Both conversations — college and driving — are stand-ins for the real subject that’s keeping us up at night: Our kids are leaving home in a year. No more books all over the table, no more late-night cups of tea. I don’t want to spend our remaining time obsessing about where my daughter is going to college. Except for the tuition (deep breath), the destination is beyond my control.

Most Filipino families have their kids live with them probably until the kids get married or if they go work overseas (which is what I’m hoping for). There’s only one reason why Filipinos stay with their parents: salaries are too low. I don’t want to talk about low salaries since that would be another essay. I’m just explaining why kids don’t leave their parents after high school.

In my case, my high school experience was completely different. For one thing, I was in a homeschooling program. I still reported to a school. The only difference is that I was handed piles of modules and had to teach myself the lessons then take the tests in school. The other thing is that my family was in shambles (arguably it still is), so I didn’t care much about my studies. I didn’t have much support coming from my parents especially my father. No emotional support. My mother’s support is lacking as always. I mean, I’ve always wanted my family to be better, but I can’t do anything about it. I didn’t care about anything. I felt numb. Thinking about it now, I was depressed. My parents did this to me.

I was so close to dropping out and just calling it quits, permanently. There was nothing that could have inspired me to push forward. Then one day, it came. I was handed the large green envelope from De La Salle University-Manila. I got in a university. Seeing that envelope was like a spotlight washing out the darkness that shrouded over me.

I immediately made a tally of the subjects that I haven’t finished: 2 subjects from my junior year and all subjects in my senior year. I basically had to compress my entire senior year in four months. Yes, that includes P.E. and thesis. That was one of the most stressful times in my life.

I got into DLSU, and I thought it would be smooth sailing from there. O! How I was wrong! I was very wrong.

I’m not sure how many of you here are new readers, but let’s just say you all are new. A bit of personal backstory again (lol since this is a blog and I’ve probably written this a dozen times), I am a full-blood* Filipino and a Filipino in citizenship. If you’re not from the Philippines you’d think it’d be strange if someone tells you that having those two traits is a curse. Well, it kinda is. I say kinda only because there are Filipinos that are proud to be Filipinos or Pinoy as they call themselves. I am not that, in fact, I don’t know what I am.

I do love my country, but I hate the people that run it. I do love my friends (who are incidentally mostly half-bloods) but I hate a lot of the locals. I consider most of the local popular culture jologs (dirty, cheap, corny) so I stay away from it.

My professors would tell me that I’m a total prick for labeling things that are an essential part of the Pinoy identity. But I’m not Pinoy. I don’t keep smiling when hardships come. I don’t commit to Bahala na si Batman (which is kinda the equivalent of que sera sera). I don’t find Piolo Pascual and Marian Rivera attractive. I don’t use colloquial slang because it feels like I gargled mouthwash that’s made of acid.

Now you’re wondering, “Where the hell is he going with this? I thought this was about his old school!” We’re getting to that part. Be patient, young grasshopper. Below is a new video that ACS Cobham uploaded to YouTube showing the campus.

That’s my old school. The White House was where I first got my taste of real quality education. It housed us Kindergarten kids until we got to 1st grade in the brown buildings you saw in the video.

Now why the strong negative emotions towards Filipino culture and whatnot? Culture shock. At ACS, we were taught at a very early age that being different was normal. We had different skin colours, accents, languages, religions, and even food. The kids who were left out were the normal white kids. Talk about irony.

We knew we were all different, but we were kids so we didn’t give a shit. We’d sing songs, hold hands, throw toys, build toys, run around etc. because having fun was more interesting than looking at each other’s differences. I had so much fun learning while just being myself. Being different. I loved it. Then my father made a stupid life choice.

The culture shock I got from Filipinos when we returned was immense. I hated every local to their core until I reached uni. I brought my idea of being different was normal and severely paid the price. The normal I saw was conformity. Everyone acted the same, looked the same, thought the same, believed in the same religion, ate the same food, and I was the precious little blue flower in the garden of weeds.

I studied first at OB Montessori. I thought I was in a zoo. I literally thought I was because I’ve never seen that tone of skin colour. I’ve had African classmates and teachers back in ACS, but I never saw a dark-skinned Austronesian. In fact, I never saw a dark-skinned Asian. Which is why I thought that I was Chinese and that the Philippines was a province of China (but that’s for another blog post.)

Now the racist thought of being in a zoo was spawned from mistreatment not only from my classmates but also from my teachers and the staff. They hated that I was so outgoing, so disconnected from the system, a loose cannon in their highly militarised institution of good students. I transferred schools until I ended up in a homeschooling program.**

HSP was where I finally felt I was among people who understood what it meant to be different from the flock, to be a wolf in field complying sheep. Unfortunately, wolves are threats to sheep so we huddle as a pack to protect each other. Then uni snapped me out of it. I’m not a wolf. I’m a human being.

ACS wasn’t just an international school whose facilities were amazing. It creates beautiful human beings, sometimes too beautiful that people get scared. I don’t know what I am but somewhere along the way maybe the beautiful child from my past can show me. Maybe.

*There’s no such thing as a pure-blood Filipino. What I meant by full-blood was the typical Chinese-Spanish-Filipino blood.
**It was called HSP but we still reported to a school to take tests.

My chest was invaded by pieces ever-expanding shards of ice. What was happening to me? I considered that a long shower would calm me down.

My invader liquefied into a thick hot stream of satin which coursed my arteries till my heart realized it was drowning in adrenalin. I felt so hot, unstable, and dizzy that the wall that protected my naked body from the outside quickly became a mother’s embrace while my shower head continued to rain on me. I tried catching my breath; I say I tried because I only got worse.

I relinquished myself to my veiled invader, not knowing what it was that made me concede. I concluded that I was longing for someone. Why? I thought. I don’t know why, but I wanted it. Of all the people I’ve been with, fell in love with, kissed with, held hands with, gazed eyes with, caught scent with, touched skins with, and shared silence with, there was only one in my mind. I had an unnatural desire to have her.

My synapses sparked for her when I had seconds for myself. This time was different; she just wouldn’t disappear from my head. END_OF_DOCUMENT_TOKEN_TO_BE_REPLACED 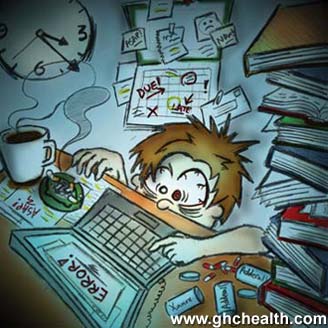 I’ve been at breaking point for the past two weeks. Around eight days ago, I called Ateneo de Manila University to see if my application for transferee was granted. I woke up as early as I could, because I knew that there would be a long line of people trying to get in touch with their admissions office. I redialed and redialed. They picked up the phone.

I sat quietly for a couple of minutes, staring at the phone. I couldn’t believe what I heard. The only thing that was going through my head was, how could this happen? I couldn’t understand why I wasn’t accepted. It caught me so much in disbelief that I actually sat in silence. END_OF_DOCUMENT_TOKEN_TO_BE_REPLACED

It’s halfway through April already and it would seem that most of the younger my friends made have either graduated from high school or are incoming seniors (our educational system isn’t K+12 by the way). So I’m here to offer some tips for those incoming seniors on how to get into a good college/university. It’s not 100% foolproof, so don’t count on it entirely.

FIRST.
Apply to a review centre this summer. Reviewing this summer will help you understand the lessons you’re gonna get when you enter senior year. Look for a review centre that’s hires excellent teachers. I would recommend AHEAD Tutorial and Review because they are just the best at what they do. They know how to teach kids in a fun environment and still keep it academic. For those living near the Katipunan area, you’re in luck because their main office is situated there. It’s in the building with Yellow Cab in it.

Here’s a video about them: