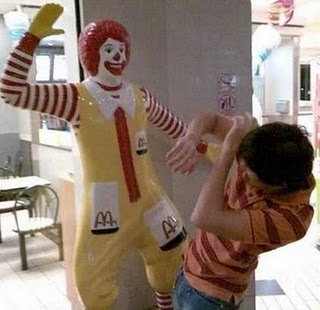 There is a significant amount of the impoverished on the streets of Manila. And in the 10+ years of living here, I’ve come to notice these annoying aspects of the poor. Hopefully I can remember what they were (this blog entry was supposed to be composed over a month ago :)) )

So here are some of them

They have the guts to discriminate against the middle class and above.

I don’t understand why these people hate people who have money. Yeah sure, call it jealousy or whatever you wanna sugarcoat it with, in the end it’s damn stupid. You think Henry Sy was born into a rich family? No! He had to work hard to get his ass off the curb and into a velvet chair. He didn’t pray to God, he didn’t put his luck on lottery, he didn’t depend on charity. He worked. Now these poor people who haven’t even gotten any work at all go about going “Putang inang mga mayaman na yan! Ang dami dami nilang pera, tapos ginagastos lang nila sa mga kotse at alahas! Hindi nakakabusog yun! Kung ganun lang sila, edi ibigay nalang yung pera sa amin noh!” (Those rich bastards! They’ve got so much cash and END_OF_DOCUMENT_TOKEN_TO_BE_REPLACED